After a spinal cord injury, pains can be experienced in parts of the body completely lacking sensation to normal stimuli such as touch or a sharp pin, or in parts of the body where this sensation is impaired. Common pain descriptors include “sharp, burning, electrical stabbing, pins-and-needles, squeezing, tight, pressure”. If these pains become severe and refractory to all medications, then surgical options may be available:

If neuropathic pains develop that didn’t exist at the time of spinal cord injury, or if original neuropathic pains markedly worsened subsequent to the injury, then surgical treatment of the posttraumatic tethered spinal cord and syrinx (if one exists) becomes a surgical option if pharmacological management is unsuccessful at treating the pains. In our experience, such surgeries successfully relieve the pains in approximately 50% of patients.

Our research has shown that spinal cord injury can lead to the development of spontaneous electrical firing of neurons (nerve cells) within specific sensory regions of the spinal cord known as the dorsal root entry zone (DREZ). 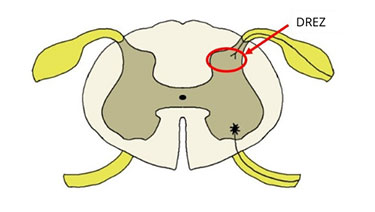 These sensory regions of the spinal cord receive all sensory stimuli from the body, including painful stimuli. The constant electrical firing of these hyperactive sensory neurons and their stimulation of pain centers in the brain can result in the development of severe neuropathic pain in those with spinal cord injury. These pains can occur in a band at the level of the injury, diffusely throughout the body below the level of injury, or both at and below the level of injury. If pharmacological management of these pains is unsuccessful, a surgery specific to these hyperactive spinal cord regions is available. This surgery is specific for the paraplegic population. At surgery, the spinal cord is exposed at, above, and below the injury site and electrical recordings taken in the DREZs to identify all regions of electrical hyperactivity of these spinal cord neurons. These regions are then destroyed by way of radiofrequency heat. In our experience, this surgery is successful at eradicating these neuropathic pains approximately 85% of the time. Because of the partially destructive nature of this surgery to the sensory areas of the spinal cord, only those with complete spinal cord injuries are candidates. We also perform this surgery in those who have suffered avulsion of sensory rootlets of the cervical spinal (brachial plexus avulsion). 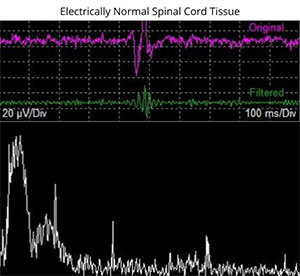 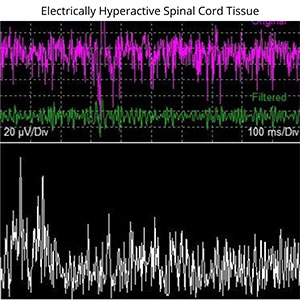